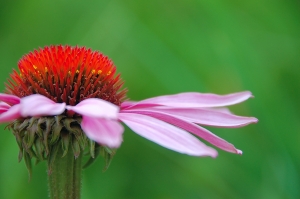 “Naturopathy is a philosophy which encompasses a view of life, a model for living a full life. The word Naturopathy is a Latin-Greek hybrid which can be defined as ‘being close to or benefiting from nature” ~ Stewart MitchellThe term Naturopathy originated in the late 19th century its roots are found in the ancient Greece of Hippocrates, who recognizes and wrote about the healing power of nature. As a specific discipline, naturopathy is related to European nature cure and there have always been people who understood that healing occurs naturally in the human body when it is given all it needs: fresh air, sunlight, water, proper diet, exercise and rest to promote health.

Traditionally, individuals who understood this principle have focused on helping the body establish its own condition of good health rather than on overcoming a particular disease.

In the views of traditional naturopathy, good health encompasses far more than the absence of disease. Instead, it is a dynamic state in which body, mind and spirit maintain an energetic equilibrium known as homeostasis. While traditional naturopaths recognize the importance of allopathic healthcare in specific instances, they also understand that many accepted allopathic treatments may not truly promote homeostasis.

In an approach that often equates symptoms and disease, allopathic philosophy holds that disease is often caused by external agents and cured when offending agents which caused the symptoms are eliminated. The traditional naturopath sees a symptom as a signal that the body’s healthy balance has been upset. According to Naturopathic belief, when a symptom alone is removed, it is most likely being suppressed and may return later in a chronic form.

From the beginning, Naturopathy has been deeply concerned with lifestyle. True health can be achieved only when balance is restored.